Knowledge about the evolution of the earliest modern vertebrates has made giant leaps during the last two decades thanks to important studies and discoveries by researchers in North America, Europe, North Africa and Asia. In this context, Belgian scientists have contributed to the study of modern vertebrates from western Europe, analyzing the historical Paleogene key collections of the Royal Belgian Institute of Natural Sciences in two previous projects (Belspo MO/36/011 and 020). Collaboration of Belgian scientists with leading experts from 8 different countries has resulted in joint projects in North America, China (Belspo BL/36/C54) and most recently Vastan in India (five fieldwork grants from the National Geographic Society). These Belgian initiatives led to the publication of more than 50 scientific A1 papers in the last 10 years concerning, what the great paleontologist George Gaylord Simpson termed “The Beginning of the Age of Mammals”. 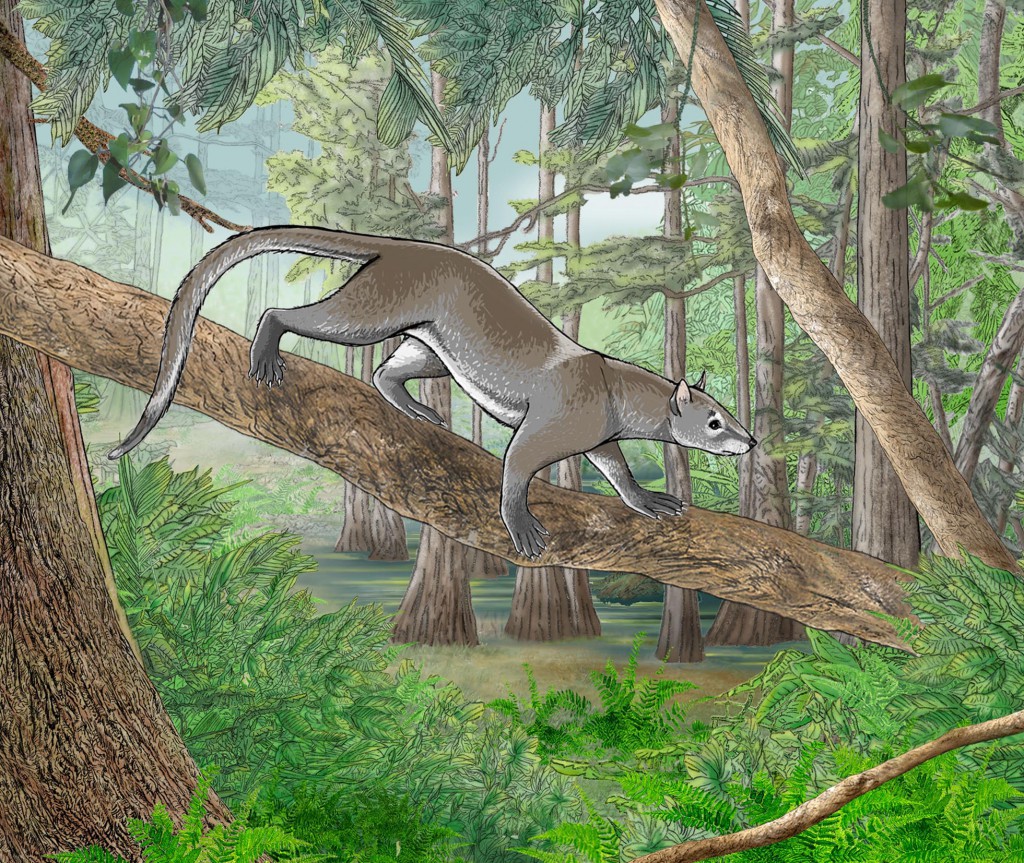 Reconstruction of the carnivoran Dormaalocyon from the Belgian site of Dormaal during the Paleocene-Eocene Thermal Maximum 56 million years ago (by Charlène Letenneur, MNHN and Pascale Golinvaux, RBINS ).

Recent advances made in the study of vertebrate evolution suggest that the earliest modern mammals such as primates, perissodactyls (odd-toed ungulates) and artiodactyls (even-toed ungulates), which appeared suddenly in all three Northern hemisphere continents at the Paleocene-Eocene Thermal Maximum (PETM 55.8 my ago), likely originated during the late Paleocene in tropical habitats farther south.

The PETM is the first and most prominent of a series hyperthermals, short-lived events of extreme global warming, and is considered among the most important analogues for current global warming. Using isotopic data, PETM studies have demonstrated its effect on past mammal dispersal, evolution and ecology and highlighted potential biotic effects of future climate change.

Numerous international expeditions have been carried out on all northern continents and high quality collections exist from the PETM key period, among which is the Belgian Dormaal collection at the RBINS, recognized as the international reference level for Europe.

Nevertheless, only two fossil localities in the tropics have yielded vertebrates from around this time interval, the Cerrejon coal mine in Colombia and the Vastan lignite mine in India. Extraordinary discoveries and progress have been made on early primates, bats, artiodactyls and other modern vertebrates but their direct ancestors have not been identified so far. Africa may well represent an important source area for the origin of many modern mammal groups but its Paleogene record is poorly sampled, especially from sub-Saharan Africa.

Interestingly, there is a unique collection of Paleocene vertebrates from Central Africa in the federal heritage resulting from Belgian expeditions of the Royal Museum for Central Africa by Edmond Dartevelle in the Democratic Republic of Congo and Angola. Therefore, the aim of this project is to identify the Paleogene vertebrate faunas of Central Africa and to look for ancestors of modern mammals from Europe and elsewhere. 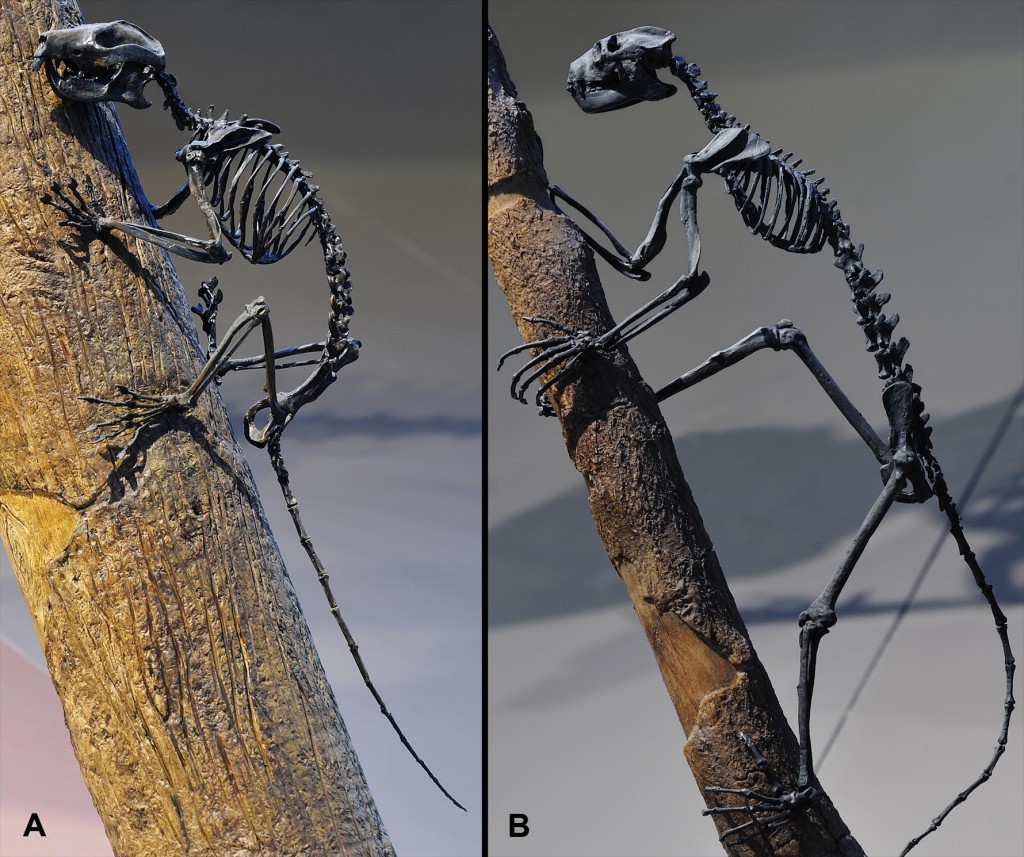 A. Primitive arboreal mammal (Plesiadapiforme) from the Late Paleocene. B. Modern mammal (Primate) from the Early Eocene.

Our international and multidisciplinary team will study and digitize the Belgian Paleogene collections from earlier expeditions in Belgium (RBINS) and in Congo and Angola (RMCA). The history of earlier African expeditions will be traced and the excavation sites will be relocated through the use of archives. New excavations will be organized to complete the existing collections, using modern screen-washing techniques that will enable the team to find small vertebrates. A partnership will be developed with international specialists in Central African fieldwork and faunas (a consortium including Duke University, Ohio University, and Wake Forest University, all in the USA). Targeted sampling of these sites will also enable the team to date and characterize them in detail, based on microfossils (Ghent Univ.) and isotopic data (Namur Univ.).

Faunal turnovers and the influence of dispersals during the Palaeogene, especially the early Paleogene, will be analysed by comparison with European faunas, North American faunas, and Chinese and Indian faunas in order to elucidate which modern vertebrate groups originated in Africa.

The results of this project are regularly published in high impact factor journals and presented during diverse international congresses, and, at the end of the project, during an international symposium that will take place in Belgium with all the researchers concerned by the topic. Finally, the databases of the studied specimens will be accessible to the public via Internet.