The vertebrates that are studied by the researchers of the RBINS include mammals, snakes, lizards, birds, turtles, crocodylomorphs and fishes from the Paleogene of Western Europe, Africa and Asia. The vertebrate fossils are taken in charge from the fieldworks to the fossil collections. Back in Brussels, the fossils are sorted and prepared in order to display as much characters as possible and be preserved as best. The study of fossils allows determining their status. The fossils are conserved in the large fossil collection of the RBINS and available for worldwide researchers. The profound modifications of the vertebrate fauna along time are used as markers for biostratigraphical studies. Moreover, the faunal turnovers they illustrate can reflect climate changes such as global warming/cooling and thus help analysing the impact of climate on ancient ecosystems. The geographic distributions of these animals also allow reconstructing the geography of past times—for instance, the travel of the Indian Plate during the Paleogene. 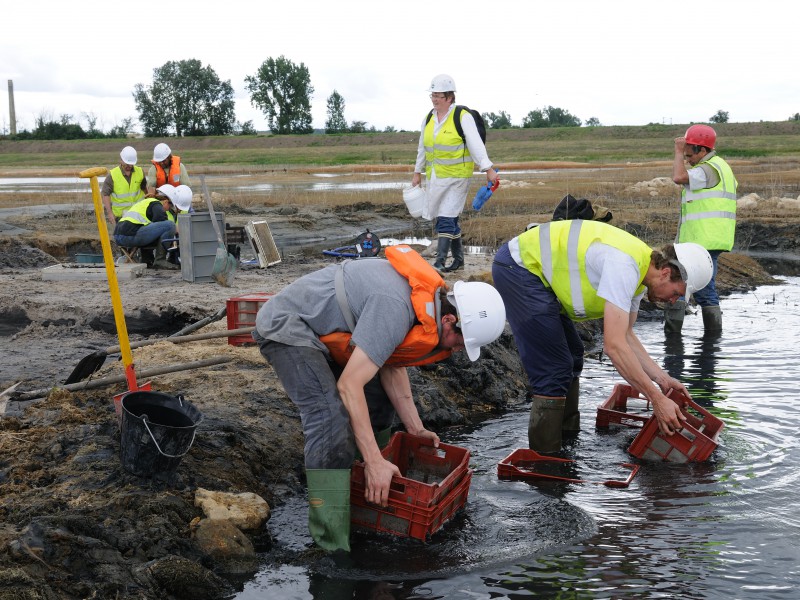 01 Screen-washing by Floréal Solé (left) and Eric De Bast (right) during the 2012 fieldwork in the upper Paleocene of Rivecourt, France 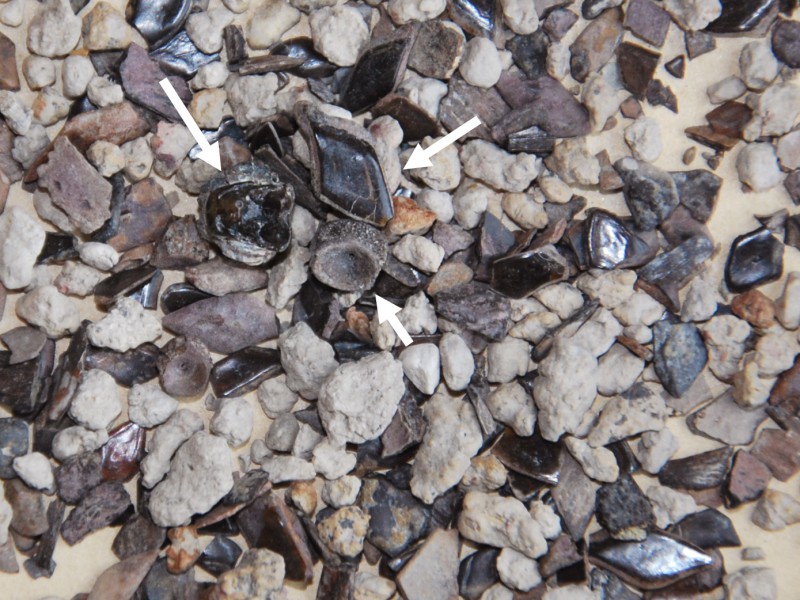 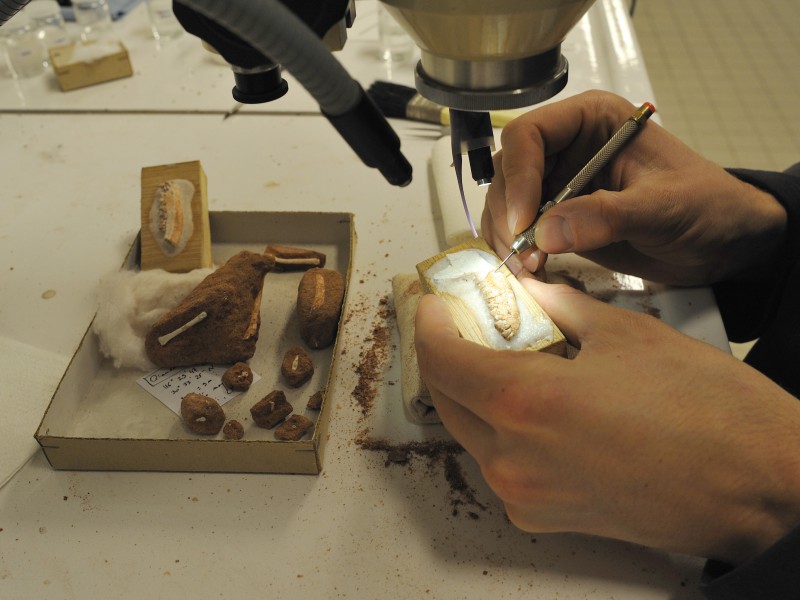 03 Preparation of fossil mammal remains from the Paleocene of Asia 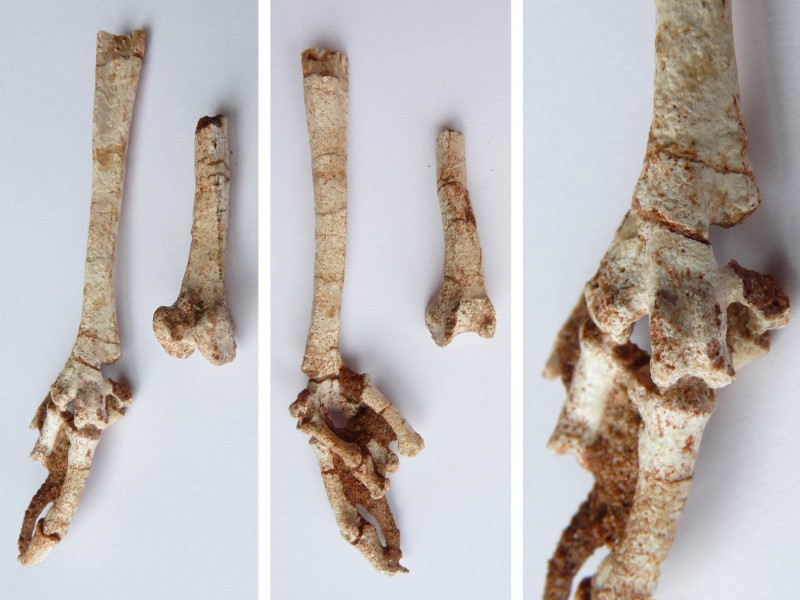 04 Pictures of the left foot – after preparation – of Qianshanornis rapax from the middle Paleocene of Anhui, China 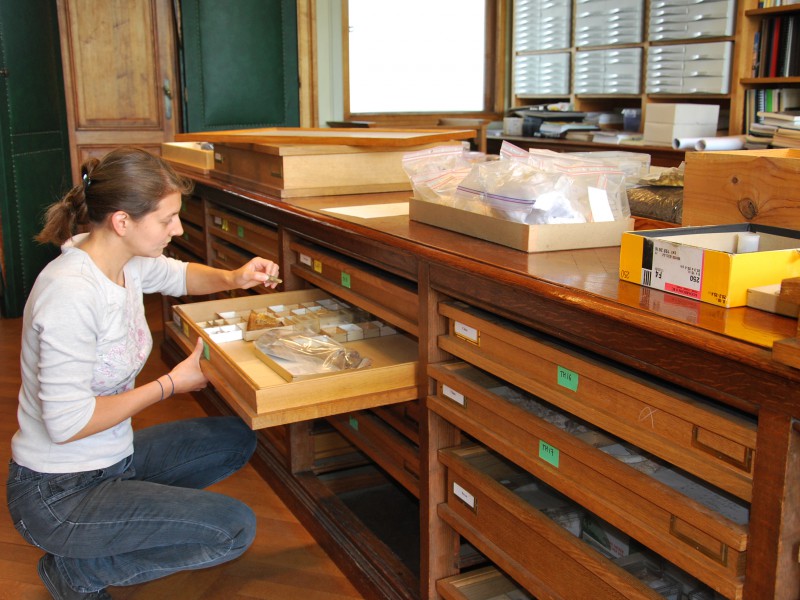 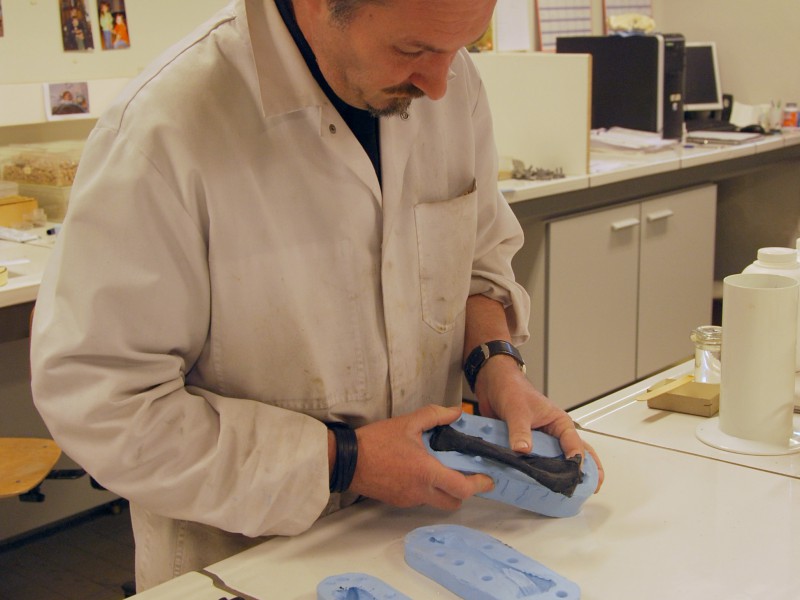 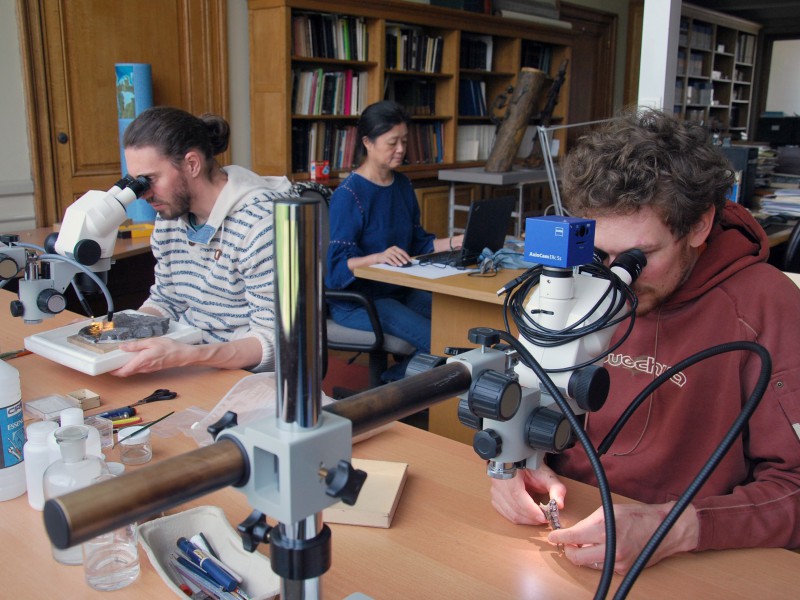 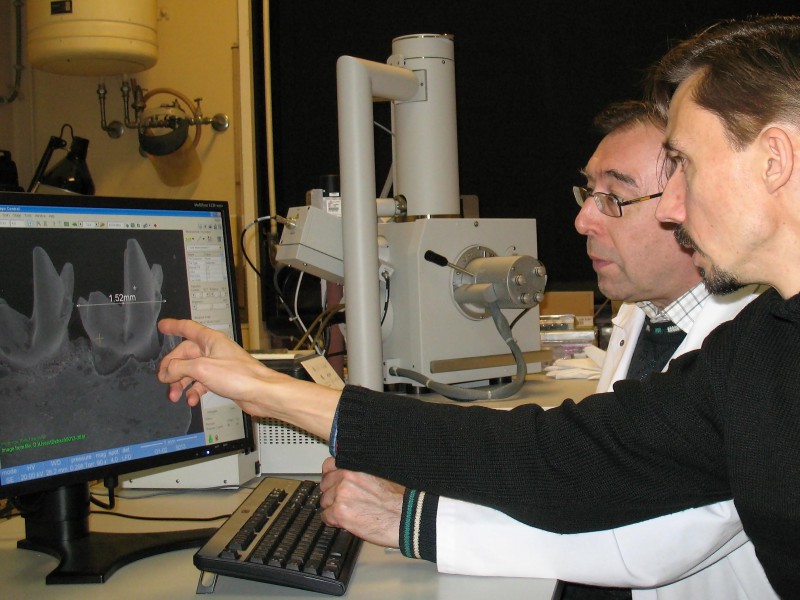 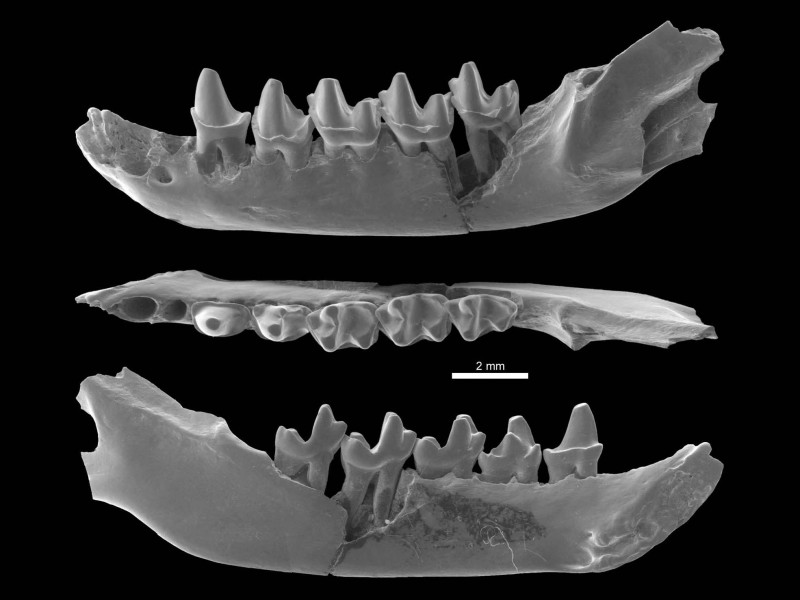 09 SEM pictures of a small jaw of the bat Protonycteris gunnelli from the early Eocene of Vastan, India